Best Places to visit in Tokyo 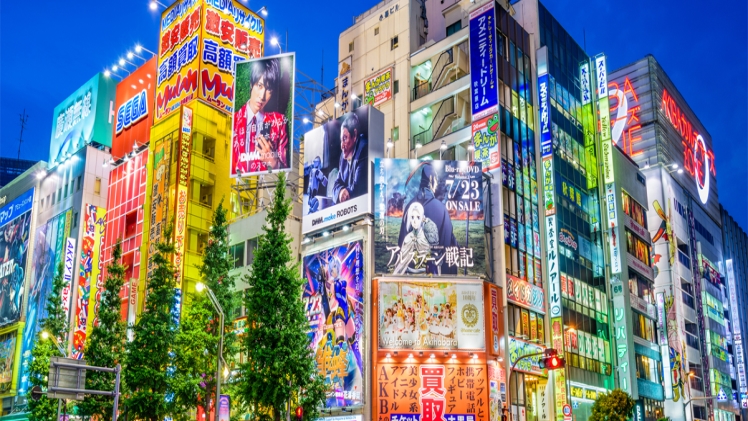 In 1868 Tokyo became the capital of Japan. Earlier it was called Edo, a rich fishing ground. It became the center of Tokugawa Ieyasu’s government in the 16th century. The Capital hosted the summer Olympics in 1964 and 2020. Tokyo is a historical place with a blend of modernization that offers a lot to tourists.

With a regal legacy, the Garden offers variety of flowers and plants which remain blooming throughout the year. There are more than fifty varieties of Cherry Blossoms that the garden offer thus making it a place where people enjoy Ohanami (cherry blossom party). A serene place that gives a lifetime experience.

This scintillating museum offers tourists wonderful experiences like wearing Samurai helmets, armor, and taking pictures while wearing the war apparatus. The museum offer Swords performers, lectures on Samurai fighters, and music shows which could be of great appeal who want to know about the samurais.

A unique restaurant that is visited by a huge number of tourists every year. The wall of the entrance hall is studded with pictures of the celebrities that visited the restaurant. The tourists can enjoy the glittering robot show full of lights and music. The visitors are advised to bring a camera with them while visiting the restaurant.

Kabukicho is an area in Shinjuku and it is known as the largest red-light district in the world. In the 1950’s there were many legal brothels in this area and while prostitution is not legal in Japan today, there are many brothel-like businesses in Kabukicho area. Many foreigners may wonder whether prostitution is legal in Japan. Click to find out more about the Japanese laws related to prostitution.

A perfect place for to have dinner for the visitors aroung Shinjuku station. A thin street that is full of small outlets offering scrumptious food. The street is most famous for Yakitori (chicken skewers).

Kabukiza is by any means the biggest theatre in Japan, a traditional Japanese theatre found in Ginza.  It has a kabuki gallery, shops, and a restaurant. The best place in Japan to witness Kabuki play with daily shows around the year. Tickets are sold at the entrance of the theatre. Some plays are also dubbed in English.

This Japanese brand is known for its best quality and affordable clothing. The Store has Twelve floors and a wide range of clothes could be found there. It’s a go to place for those who are into cloth shopping.

This small museum gives an insight into the Japanese police force and helps one understand why Tokyo is one of the safest cities in the world.

Chuo Dori is translated as Central Avenue. It is the most famous shopping district in Ginza with the availability of every international brand. There are large departmental stores and boutiques on both sides of the street. Some shops on the street also offer tax free shopping to foreigners.

A famous Japanese company in Akihabara mainly deals in video games. An amusement arcade that has different gaming machines. There is also a special room for experiencing Virtual reality called SEGA VR AREA. There one can have fun by playing shooting game with modern virtual reality equipment.

In the vicinity of Akihabara, Kanda Myojin Shrine is the best place to experience traditional Japan. A Shinto shrine established in 730 is one of the most powerful shrines visited and patronized by a large number of people. The shrine also hosts the Kanda festival which is one of the biggest Shinto festivals.

There are two ways to visit the Shibuya crossing. The first is to visit during peak hours and feel the buzz of the area. There is an insane number of people hurrying across the crossing. The other feeling that one could have about the crossing is to visit it in late night with no one around. It’s the enormity of the place and the glittering lights that mesmerize a person.

Hachiko, a dog, statue is a popular place in front of the train station. A great place to take a photo and commemorate the loyalty of the dog to its owner. Hachiko was the name of a dog that would wait daily for its owner in front of the Shibuya train station. Afterward, both would walk together to the home. But the owner of the Hachiko died one day. For Seven years after the death of his owner, Hachiko would come every night to the station waiting for his owner. Hence the statue of Hachiko has been erected to commemorate this loyal relationship.

Tsukiji Fish Market would one say is one of the most visited traveler destinations in Tokyo. Tsukiji Honganji Sanctuary is a Jodo Shinshu Buddhism temple with an exceptional look as the main corridor of the sanctuary was built with after theme of old Indian architecture. As one enters the temple the Japanese “Tsumugi” cafe entertains people with delicious Japanese dishes.

A serene and charming place that is located in the coolest neighborhood in the Tokyo Kichijoji area. There are many cafes and beautiful shops inside this park. Inokashira is among the largest parks in Tokyo encompassing a zoo, pond, and a mind-blowing spot for Cherry blossoms and autumn leaves viewing.

Benefits Of A Singapore PR