Why some stores won’t use the word bong, but water pipe instead? 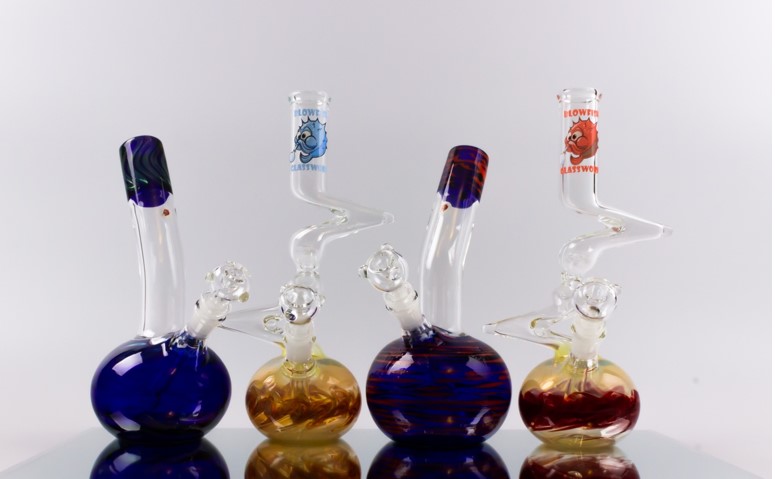 A smoke shop employee rolls their eyes and points to the label with an exasperated sigh. A water pipe, you can’t call it a bong. If you visit your friendly neighborhood head shop, you may have overheard something similar to this exchange. There is still a fog of misunderstanding surrounding bongs, and no, it is not that kind of cloud. We’re talking about the ambiguity surrounding whether or not it is legal to acquire bongs. After all, aren’t they utilized for unlawful activities (such as marijuana smoking)? Yes, they typically are, which is true in most cases, but here’s the scoop on the legal loophole.

You might have seen the same thing you know as a bong labeled as a water pipe at your local head shop. You might even be denied service or asked to leave if you utter the wrong word. This article will help you understand why the employees might seem uptight once you know the magnitude of the consequences. A glass pipe, vaporizer, or other smoking device is not considered drug paraphernalia unless used with an illicit substance. Most head shops have strong prohibitions against using words like “bong” to refer to illegal substances. Although bongs are frequently associated with marijuana, many people use them to smoke tobacco and other legal plants and concentrates.

The trouble with the word ‘bong’

Water pipes and smoking paraphernalia sold in tobacco shops are not limited to tobacco use. It’s perfectly legal to walk into a tobacco shop and buy a water pipe, but purchasing a bong is not since “bong” implies marijuana use, even though water pipes and bongs are both the same product. The sale of smoking items becomes illegal in some areas if the word “marijuana” or any unlawful drug use is mentioned in a shop. Still, a customer’s intended use for an item is not required, but if a customer states a prohibited use, the sale cannot proceed. According to CaliConnected, an investigation launched by the Bush administration to target businesses selling drug paraphernalia was dubbed “Operation Pipe Dreams.” Tommy Chong was prosecuted for his role in sponsoring and advertising Chong Glass Works, a company that sold high-end bongs as rare works of art. Chong spent nine months in prison and was forced to take a year-long break from his favorite flower due to probation.

If Chong’s company had been more diligent in attaching a “For Tobacco Use Only” restriction to their merchandise, he could have had a better legal case. The cannabis industry is being influenced by changing rules that are constantly evolving as authorities aim to differentiate the cannabis industry from their war against big tobacco. Beginning in early 2020, federal law mandated that all purchases from online smoke shops be limited to those aged 21 and up. This new policy is being enforced by introducing a stringent age verification mechanism, which requires online headshops and other associated businesses to verify the age of every customer before allowing them to advance through the checkout process.

How does a water pipe work?

A bong is simply a tube sealed to store water. It’s nothing spectacular; it can be constructed of a dizzying assortment of materials, but it’s usually made of glass. The majority are straight pipes with a simple design, with a connected downstem that extends to the bottom of the tube. You inhale, drawing smoke down the stem and into the water while cooling smoke rises through bubbles into the empty chamber above the water, filling it with smoke. And a water pipe? Same thing. Although enthusiasts argue that one may provide a superior experience, the name discrepancy stems from legal semantics, and they ultimately give the same experience to the smoker. So which one should you choose or search for? Water pipes are any smoking device that uses water as a filtering system to chill smoke by pulling it through the water. You’ve probably heard of a water pipe if you’ve heard of bongs, bubblers, gravity bongs, water pipes for cannabis or tobacco, clay bongs, water tobacco pipes, liquid-filled glass pipes, or water hand pipes. When it comes to a refreshing hit, you can’t go wrong because they deliver clean pulls.

It comes down to visual preference. The most noticeable distinctions are in appearance and size. A bubbler is typically smaller and more portable than a hand pipe in terms of aesthetics, bowl size, and portability. Compared to bongs, bubblers often have a permanent downstem that cannot be removed to clean; hence, most bongs are easier to clean due to the removable downstem. The hit provided is still smoother, making its function similar to that of a bong. What about pipes, do you think? Choose a bong if you prefer a smoother, cooler hit and want the flexibility of using a larger bowl size. If you exclusively smoke at home, a bong is a good choice. Choosing a pipe for on-the-go smokers is a no-brainer, as long as you’re okay with a somewhat rougher hit and a bowl that’s not too large.

After reading this, you have acquired more excellent knowledge and clarity of what the heck all this dry bong, water pipe gibberish is. You should be able to decide which one you will select for yourself or be on your way with another mystery put to rest. Buy Weed Online Vancouver is still illegal in many locations, so it’s critical to double-check local regulations and keep abreast of changes in the current climate. Many jurisdictions require retailers to get a tobacco license if they want to sell glass pipes and related products to classify these items as compatible with state and federal law. It’s a wise decision to familiarize yourself with your state’s legislation before making an internet purchase of a product that may later be considered drug paraphernalia. Possession and sale of paraphernalia have a variety of legal and social repercussions.

Distribution of paraphernalia is generally a misdemeanor, although some states see it as a felony if minors are the intended targets. It’s a water pipe, not a “bong!” “For Tobacco Use Only,” as you’ll find on the windows of some of the country’s head stores, it’s a valuable lesson for stoners on the go. If you’re going to travel with drug paraphernalia, make sure you can confidently say the same thing to take advantage of this legal loophole. While almost half of the US states have legalized marijuana for medical or recreational use, there are still legal issues, especially when traveling. It is still illegal to possess, use, or sell marijuana on the federal level, and transporting it across state lines can result in severe penalties.