Cannabis Strain: What You Need to Know About Banana OG 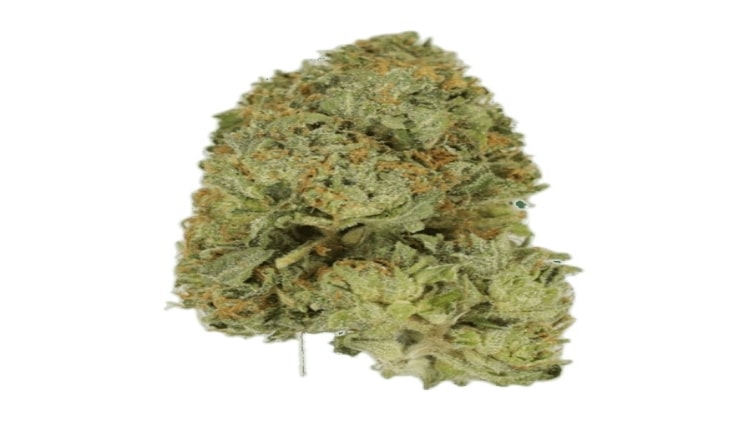 Banana OG is a cross between OG Kush and banana strains, predominantly Indica. It’s a creeper that causes a near-coma, followed by extreme hunger and sleepiness. Banana OG may help with muscle pain, appetite loss, and insomnia.

Banana OG’s flowers are impressively large and chunky, with a spade-like shape. The buds have a dense and compact Indica structure. The leaves are a delicate green with a sprinkling of rust-coloured hairs (which are pistils intended to catch pollen from male plants). Furthermore, the flowers of Banana OG are covered in amber-coloured trichomes, which give the leaves a yellow hue.

It’s called a “creeper” because it has a habit of sneaking up on you after drinking it. In contrast to many other potent strains’ immediate effects, this one may leave you feeling as if nothing happened and that your bud is defective.

This frequently leads to people smoking even more, possibly believing they have developed a magical tolerance, only to discover that their marijuana is, in fact, effective. But, of course, then you realize you’ve smoked too much.

Even if you’ve only smoked a small amount, the high will hit you hard and fast, affecting your mind and body. Despite being commonly referred to as an India due to its 60% India content, Banana OG’s Indica-dominant strains characteristics emerge as the high appears to affect every part of the body.

The dominant aroma is that of fresh bananas, as one would expect from flower cannabis named Banana OG. A light citrus note, similar to citronella, cuts through the fruity, tropical scent. An earthy spiciness emerges when you break open the brittle buds, occasionally smelling like freshly cut grass and some reasonably typical Kush aromas.

Despite its name, Banana OG’s aroma profile is very similar to its OG Kush parentage, with a distinct sour, nasal aroma to its buds that is both classic marijuana flavours and something entirely new.

When smoking this fruit strain, the initial flavour sensation is an earthiness, followed by a tangy tropical flavour. Consider the flavour of a Capri Sun or any other commercially available tropical beverage. A light sweetness helps to balance out the spiciness of the tropical flavours.

The exhale has a profoundly hash-like, diesel-rich flavour that anyone who has tried OG Kush or any other member of the Kush family will recognize.

This Indica-Hybrid cannabis flower flavour profile is reminiscent of a finely aged whisky cask, with lemony citrus notes and the occasional segment of spiced oak; the flavours are disparate, but they seem to meld into something entirely new.

Banana OG is an excellent strain in terms of both flavour and effects, and it also serves as an example of a strain with extremely high THC levels that is flavorful and not overpowering.

ON AVERAGE, Banana OG cannabis contains up to 25% THC, whereas most Indica strains contain around 12.5 percent THC. As a result, Banana OG is one of the most potent strains available, capable of treating a wide range of ailments.

How concentrated in the CBD? Is it present and capable of helping to treat a variety of diseases?

Banana OG has a shallow CBD content, typical of high THC strains. There has never been a sample of Banana OG with a CBD content greater than 1%, so it is not a good choice if you are looking for CBD medicinal benefits.

However, CBD is the most widely used medical cannabinoid does not mean that Banana OG is ineffective for specific conditions.

Banana OG is primarily used medicinally due to its extremely high THC content. When a marijuana strain with this level of THC is consumed, it can effectively communicate with the body’s CB1 receptors.

Banana OG is an excellent strain to use physiological and psychological distress when suffering from anxiety because it inhibits the release of neurochemicals and brain functions that cause pain. In addition, because of its profoundly euphoric effect, which induces a stuporous state, this strain also effectively treats mental issues and depression.

Banana OG is an effective treatment for insomnia because of its seemingly magical ability to eliminate all physical movement and the desire to act. Although this strain will not put you to sleep or knock you out, the intense relaxation and general sense of calm are ideal for lulling you.

Banana OG is a marijuana Indica-dominant hybrid; it produces a wide range of flavours and effects by combining two distant relatives from the Kush family, one original and the other distilled from multiple strains.

You will feel a perfect storm of Indica and Sativa effects that will leave you physically and mentally exhausted.

Banana OG’s intensely potent effects make it one of the most valuable and effective strains available, so find it the next time you visit a dispensary.

You might be able to try one of the best examples of marijuana hybridization available from breeders.