Hats were worn throughout history to express and communicate some underlying meaning. Hats have been worn in the past, as a political statement, status symbol, or fashion & sartorial style. A good hat style has the power to be linked with a well-known person or celebrity, and it has the versatility to be the first thing you automatically highlight, while portraying that celebrity at costume parties. Let us discuss some leaders and political celebrities and their hat styles.

We know of George Washington flaunting his trademark Bicorn. A Bicorn is a cocked hat with an upturned brim to give usually a three-cornered appearance. According to Wikipedia, the bicorn is a historical hat extensively used in the 1790s as part of the uniform by American and European naval and army officers. Moreover, until the twentieth century, most staff officers and generals of the Napoleonic era wore bicorns that survived and sustained as an extensively-worn full-dress headdress. Jackie Kennedy was responsible for popularizing the Pillbox hat single-handedly for women. President Abraham Lincoln rarely made public appearances without his quintessential top hat. American politics featured hats in a big way. Let us explore the different hats that became synonymous with world-famous political figures who wore them.

The top hat and cigar was a staple of Prime Minister Winston Churchill’s personality and style. Churchill wore a top hat to highlight his grey or black long frock coat. We know that the top hats were integral to popular culture and in vogue from the 18th century. Even today, many politicians, musicians, celebrities, and public figures wear their top hats. Top hats are vintage hat models with timeless charm.

Winston Churchill had a fascination for hats and liked to wear them. He was well-known for his collection of hats and his passion for them. Churchill had once written a humorous essay where he had mentioned that since he did not possess a distinctive hairstyle, facial hair, or spectacles like some other renowned politicians, statesmen, photographers, and cartoonists; he focused his attention on his passion for headgears.

Sir Winston Churchill flaunted several styles of hat, from bowler hats to top hats. However, he is world-famous for his quintessential homburg. Homburgs are felt hats with curved brims. A homburg has a dent running from front to the back. Moreover, it has a hat band made from a grosgrain ribbon. In Britain, Homburg hat gained immense popularity because of Prince Edward VII. He came across this hat style during his trip to Bad Homburg in the 1880s in Germany. Winston Churchill wore multiple homburgs, from stylish, chic pale grey embellished with black ribbon to classic black style. One of Winston Churchill’s hot favorite hats with his gold initials was sold at a whopping $11,750 in 1991.

We know that the American President wears seven hats, implying that he has seven duties to fulfill during his career as the leader of the nation. The President of the U.S.A. has seven responsibilities as Chief Executive, Head of State, commander-in-Chief, Head of a political party, director of foreign policy, legislative leader, and economic guardian. Even though the role of the US President involved seven specific duties, some globally famous American Presidents wore big hats. Abraham Lincoln, the sixteenth President of the U.S.A. was a very tall man. He was 6 feet 4 inches tall. He almost always wore his famous top hat adding further to his height. Abraham Lincoln had a habit of keeping his speeches and papers inside his top hat and would take them out whenever required, converting his hat from being just a headgear into a valuable repository.

There are many pictures of President Abraham Lincoln flaunting his Topper. However, the last time we saw him wear his hat was while attending a play on 14th April in 1865 at the Ford Theater. His top hat was away from the limelight for 26 years. However, it became a cherished feature of American President Lincoln’s life at Smithsonian Institution. The hat he wore on the night he was assassinated became the most famous among his headgears. It was a silk hat bought from the reputed hat maker J.Y. Davis from Washington. The silk hat had two ribbons: a thin ribbon that was black in color with a minuscule buckle. There was yet another ribbon, a 3-inch grosgrain black mourning ribbon. The ribbon was attached to the hat by Lincoln himself to mourn the death of his son Willie. The hat worn on the night of the assassination was retrieved and preserved as evidence by the War Dept. It was later handed over to the Smithsonian Institution. The hat remained there until 1893 when it was displayed in an exhibition conducted by the well-known Lincoln Memorial Association.

President Theodore Roosevelt was on a visit to inspect the excavation of the Panama Canal on 16th November 1906. It was then he was photographed by some journalists. The picture featured Roosevelt operating a huge steam shovel, wearing a light straw hat that was highlighted with a black band. The Newspapers used the caption ‘Roosevelt’s Panama Hat’ and from then on it became a craze among American hat aficionados. Today’s Panama hats rose to popularity during the construction of the Panama Canal. This hat style was lightweight and comfortable. They became the right choice for workers at the site for protecting their faces from the scorching heat of the sun. The hat gained phenomenal popularity and became the hot favorite accessory for fashionable men after Roosevelt’s picture wearing the hat came up in the newspapers including the reputed New York Times.

Many famous American Presidents and top world leaders wore iconic hats that will always remain in the golden pages of history. Bill Clinton had a passion for playing golf and he frequently sported a baseball cap. We have seen unforgettable pictures of Obama wearing a fine straw hat in a photoshoot, years back. Nobody wore a cowboy hat with greater élan than Ronald Reagan. A photograph of Reagan flaunting a western hat was featured on the Time Magazine cover. More and more people are motivated to wear a hat and become style icons. 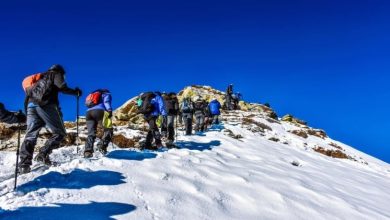 Interesting Facts About the Kedarkantha Journey

Best Places to Raise a Family in Arkansas